The following are major types of neurological disorders: 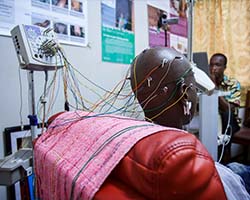 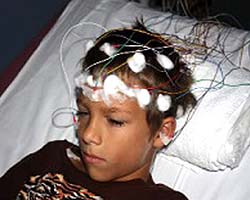 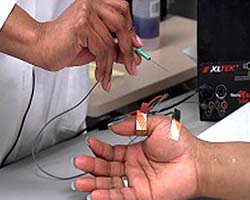 What to Bring to Your Appointment/ Patient Forms:

We provide a wheelchair for easy movement around our clinic.

We provide a wide range of specialised neurological diagnostic tests which include:

An electroencephalogram (EEG or brain wave test) is a non-invasive procedure used to detect and record brain cell activity; variations or abnormalities in brain waves may suggest the following:

Small needle sensors (electrodes) are used to record the electrical activity in selected muscles and peripheral nerves during rest and as they contract during movement. The electrodes transmit this information to a machine that provides a graphic representation of the muscles’ electrical discharge; the resulting data show how well the muscles work.

Electroneurography, which evaluates the function of nerves in a similar manner, is often performed at the same time as EMG in order to fully evaluate people experiencing weakness or paralysis..

Evoked potential tests measure the brain's response to stimuli that are delivered through sight, hearing, or touch. These sensory stimuli are recorded with patch-like sensors (electrodes) that are attached to the scalp and skin over various peripheral sensory nerves. These tests are used to monitor brain activity and nerve signals as well as in aiding the diagnosis of nervous system lesions and abnormalities.

We keep abreast with the latest technology and innovations in the field of Neurology so as to always better our services. Our specialists attend health conferrences around the world so as to bring you world class service.